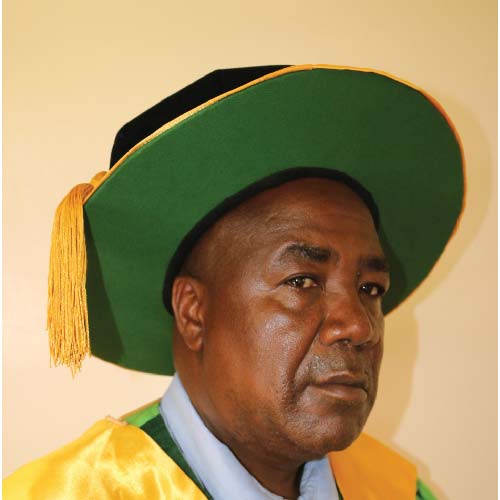 Prof. Constantine Matoke Nyamboga has a bias in Information systems and Knowledge management. He is a holder of Doctor of Philosophy in Information Science. Has worked in various management capacities at Universities of Egerton and Kisii.

As a scholar, Prof. Nyamboga has not only supervised widely but also attracted funding for both National book development Council and Kenya Association of information professionals (KLA).

As the Vice-chancellor, Lukenya University I am committed to nurture the University to produce the best workforce that will fit not in the Kenyan but also in the competitive global market. This is achievable as in place the university has competent and visionary teams that embrace quality management systems.